We don't live ON the Earth - we live with the Earth

We, the peoples and nations of Earth:
considering that we are all part of Mother Earth, an indivisible, living community of interrelated and interdependent beings with a common destiny;
gratefully acknowledging that Mother Earth is the source of life, nourishment and learning and provides everything we need to live well;
recognizing that the capitalist system and all forms of depredation, exploitation, abuse and contamination have caused great destruction, degradation and disruption of Mother Earth, putting life as we know it today at risk through phenomena such as climate change;
convinced that in an interdependent living community, it is not possible to recognize the rights of only human beings without causing an imbalance within Mother Earth;
affirming that to guarantee human rights it is necessary to recognize and defend the rights of Mother Earth and all beings in her and that there are existing cultures, practices and laws that do so;
conscious of the urgency of taking decisive, collective action to transform structures and systems that cause climate change and other threats to Mother Earth;
proclaim this Universal Declaration of the Rights of Mother Earth, and call on the General Assembly of the United Nation to adopt it, as a common standard of achievement for all peoples and all nations of the world, and to the end that every individual and institution takes responsibility for promoting through teaching, education, and consciousness raising, respect for the rights recognized in this Declaration and ensure through prompt and progressive measures and mechanisms, national and international, their universal and effective recognition and observance among all peoples and States in the world.
Article 1. Mother Earth

We stand at a critical moment in Earth's history, a time when humanity must choose its future. As the world becomes increasingly interdependent and fragile, the future at once holds great peril and great promise. To move forward we must recognize that in the midst of a magnificent diversity of cultures and life forms we are one human family and one Earth community with a common destiny. We must join together to bring forth a sustainable global society founded on respect for nature, universal human rights, economic justice, and a culture of peace. Towards this end, it is imperative that we, the peoples of Earth, declare our responsibility to one another, to the greater community of life, and to future generations.

Earth, Our Home
Humanity is part of a vast evolving universe. Earth, our home, is alive with a unique community of life. The forces of nature make existence a demanding and uncertain adventure, but Earth has provided the conditions essential to life's evolution. The resilience of the community of life and the well-being of humanity depend upon preserving a healthy biosphere with all its ecological systems, a rich variety of plants and animals, fertile soils, pure waters, and clean air. The global environment with its finite resources is a common concern of all peoples. The protection of Earth's vitality, diversity, and beauty is a sacred trust.

From the United Nations
With just under ten years left to achieve the Sustainable Development Goals, world leaders at the SDG Summit in September 2019 called for a Decade of Action and delivery for sustainable development, and pledged to mobilize financing, enhance national implementation and strengthen institutions to achieve the Goals by the target date of 2030, leaving no one behind.

The UN Secretary-General called on all sectors of society to mobilize for a decade of action on three levels: global action to secure greater leadership, more resources and smarter solutions for the Sustainable Development Goals; local action embedding the needed transitions in the policies, budgets, institutions and regulatory frameworks of governments, cities and local authorities; and people action, including by youth, civil society, the media, the private sector, unions, academia and other stakeholders, to generate an unstoppable movement pushing for the required transformations.

The role of Coaching 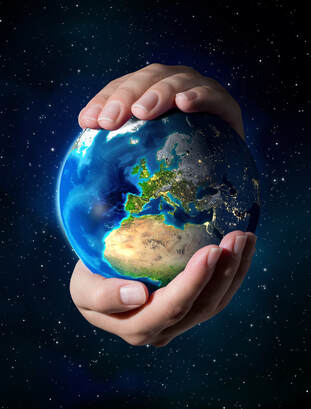 Traditional coaches are taught to only ask questions, knowing that the client has the answers. For many types of coaching, this is still true. There are other kinds of coaching health coaching, team coaching and executive coaching where the coach moves from coach, to consultant, to facilitator, to trainer as the need arises. For a coach to do so requires additional knowledge and expertise that has been acquired outside their coaching skills. All of a coach’s knowledge and expertise are used in these situations. Coaches who have survived health issues and consultants who have moved to coaching are examples. To deal with such pressing needs, coaching must adapt as well.

The world is in a dire state. As the Earth Charter states, we have a moral obligation to work quickly to address it. For most individuals, this will require a rapid shift into new territory. Skilled coaches can help make this happen! We, as a society, have lost our connection to nature. Most city dwellers have never had much of a connection to nature except as raw material. Our stuff-focused culture is at the heart of the destruction of nature that has resulted in the peril we are in. Our civilization has to change for life on this planet to survive.

We have spent the past 200 years extracting resources from nature, now our lifestyle has to become a part of the natural processes, it must become regenerative, in order for the planet to thrive. Regenerative means that our way of living will shift to actually contribute to the health of the planet, not just stop being toxic. This is doable if we adopt the biomimicry approach of acting from the same values that nature uses.

The Resilient Values Set™ provides that framework. Resilient Coaching prepares people with the background and knowledge to be able to lead and support others to shift their own lifestyles into a regenerative mind set.

the above are available as a stand alone and customized courses

What they are saying

I want to congratulate you and thank you for such a great job ... Your participation over the last year and some months has had such a powerful and positive impact on us. Our group is doing so much better and I think it has to do with you! I remember at the end of last year, I was trying to plan my exit strategy and now I am proud to be a part of this organization that is really getting its act together and proving to be much more of a force to be reckoned with!  Thanks again for your leadership!
~ Julie Banks, Rockwood Neighborhood, Spokane, WA